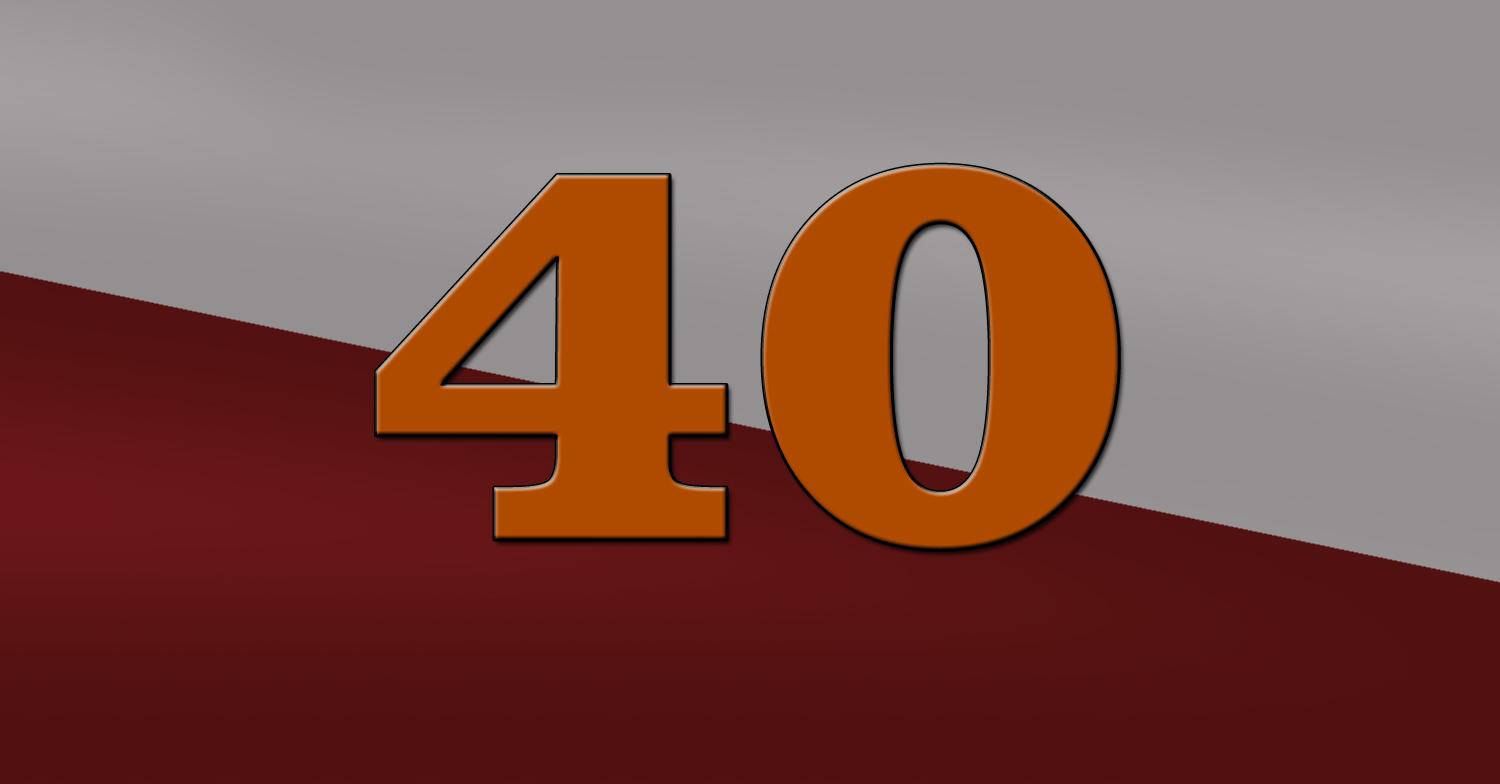 Numerology in the Bible is fascinating. One can easily get lost in dissecting the hidden meaning of a certain number and run for hours opening one connection after the other. Numbers are important and not to be taken lightly. God’s word is not written by chance and especially the use of numbers is to be considered of great value.

Today I would like to briefly discuss the number 40. Notice I said briefly. It would take hours to do justice to the relevance of 40 in the bible.

40, because of its usage has become a number associated with times of testing. It is used 146 times in the bible and mostly symbolizes a period of testing or trials.

A few examples include Moses on Mount Sinai for 40 days, Moses also lived 40 years in Egypt and 40 years in Midian before God called him to be the deliverer of His people. The spies were in the land 40 days investigating before they entered.

Jonah preached in Nineveh 40 days of the coming doom if they did not repent. His words fell on a repentant city and they embraced the mercy and grace of God.

In the days of Noah, it rained for 40 days and 40 nights covering the earth completely with water and destroying everything that breathed air except those who were saved within the ark.

Jesus was tempted for 40 days by Satan at the beginning of His public ministry and then appeared for 40 days after His resurrection before He ascended.

Are you in a 40-day trial? Does it seem as if you are consumed by a perpetual testing of your faith? If so, remember you are not alone. You join a great company of Godly people who also endured the trials of life to honor the Lord.

It is not as important to wonder what brought it on as much what we choose to do while in it. Hold on as tight as you can to the Savior who can and will see you through. Honor Him, praise Him and trust Him knowing day 41 will arrive. Your world may shake, do not let it shake your faith in Jesus.