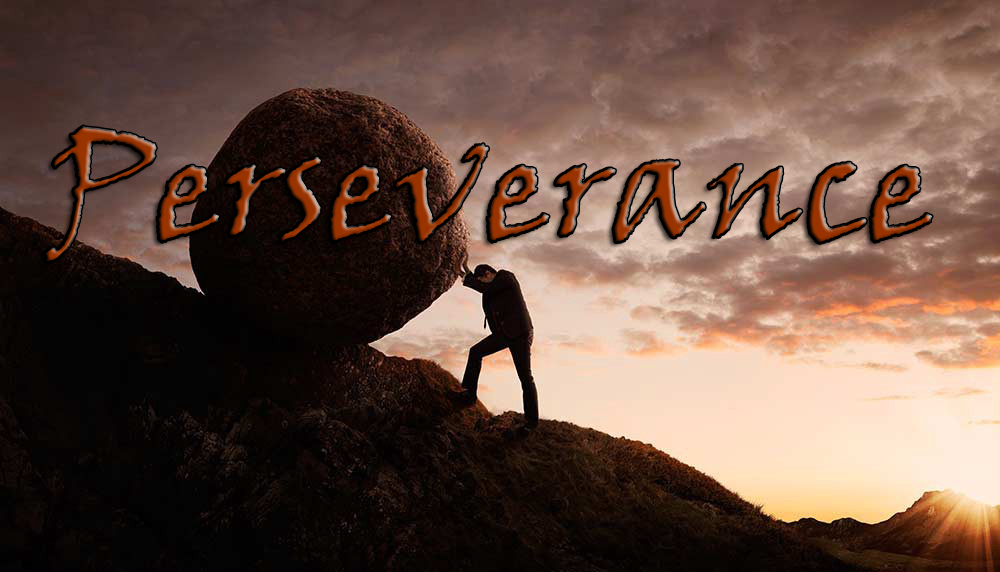 Perseverance is defined as, “continued effort to do or achieve something despite difficulties, delay, failure, or opposition.”

It can be obvious that perseverance is a good concept and pushing through can define a great character in a person. However, if we are persevering for a cause that is harmful to us or others it becomes a waisted or destructive effort. It is important to know we are striving for a godly purpose. Joseph in the Old Testament knew from his first vision that God had bigger plans for him than he could ever imagine. It gave him the motivation at 17 years old to dig in and persevere for the glory of God.

This confidence is needed because it is only a matter of time before opposition arrives to slow down and hopefully stop our efforts. Joseph shared his first two visions from the Lord and immediately found resentment from his brothers and even his parents wondered at his being elevated above them in his dream. Satan will use any means necessary to attack our labor for the kingdom. It is critical we understand opposition will come and prepare ourselves for it.

It is not enough that Satan battles us in our effort to persevere, but we have our own internal struggles to contend with. Thoughts can run through our minds and cause doubt, making it seem easier to give up than continue the uphill climb. Discouragement can take us over. We can also consider abandoning our efforts if we suffer defeat. These are powerful tools of the enemy and one that can sneak up on any fired-up Christian is burnout. Be careful to not take on too much due to excitement over serving the Lord. Be mindful of the plan He has for you and not just what positions and offers come your way. Joseph kept his eyes on the prize of the high calling of God in his life and through all his suffering he knew God would be glorified. He obeyed the Lord in every situation God put before him and eventually saw the fruit of his labor, the reason for his perseverance.

Joseph found that perseverance for the Lord always pays off. He became second in command in Egypt and through visions that God sent him he was able to not only save all of Egypt but his own family as well. His brothers that wished only harm toward him God used to bring glory and save His people.

Striving to be a person who perseveres is not for the spiritually faint at heart for it will require sacrifice, but the reward is greater than all that we may suffer. It brings blessings to those we are ministering to and always grants abundant blessings to those who commit.

Remember Hebrews 12:2 Jesus, “who for the glory that was set before Him endured the cross.” Jesus persevered all the way to the cross for us, what are we enduring for Him?