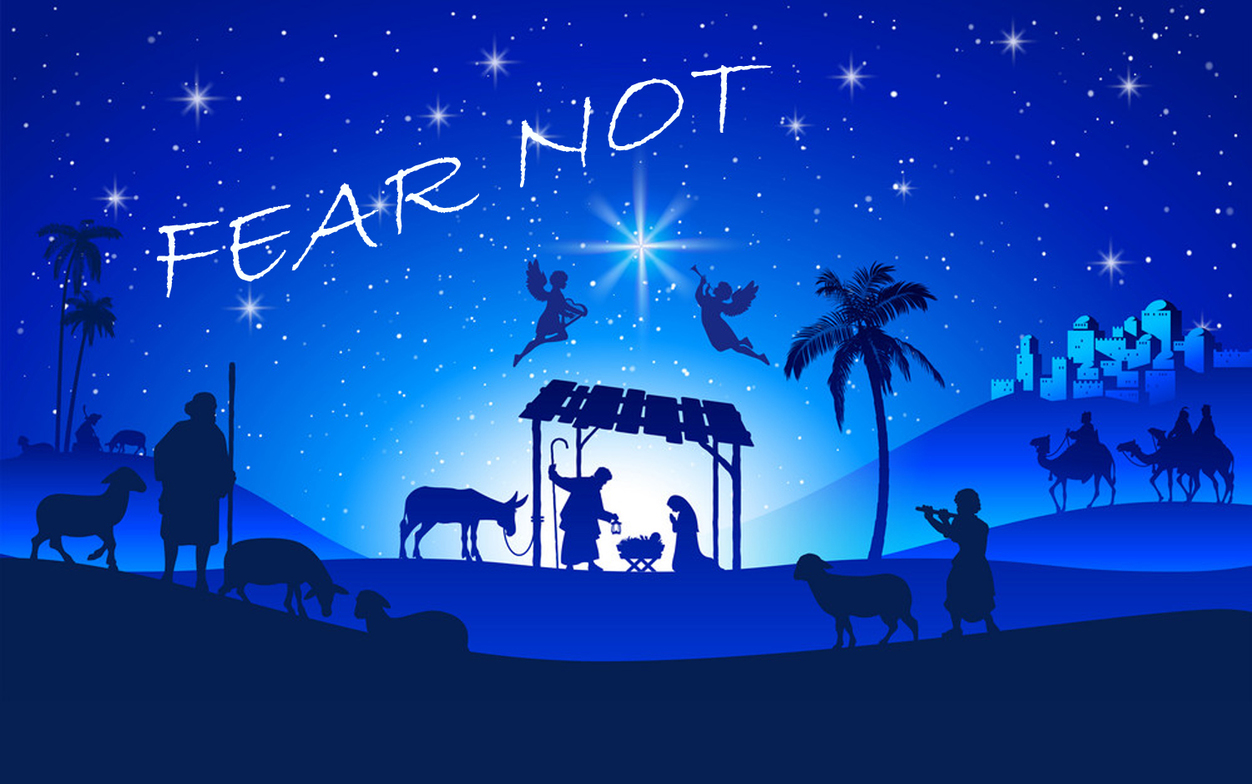 The birth of Jesus was not without its challenges. It was anything but a normal birth and all the people surrounding the event were forever changed by it. His arrival has been prophesied in the Old Testament and even though the Jews looked for the coming Messiah they were not prepared for Him to appear in the fashion Jesus did. His birth and the months leading up to it forced several people to make hard decisions regarding their lives. Fear reared its head and each one had to decide if they would succumb to the fear or trust the Lord during these trying times. There are four fearful examples and each one deals with a common fear we face today. It is amazing how God’s word reveals a struggle faced over 2000 years ago and how we still face the same fear today. We too must choose to surrender to fear or stand on the promises of God.

The first fear is found in the gospel of Luke 1:12-13, “And when Zacharias saw him, he was troubled, and fear fell upon him. But the angel said unto him, Fear not, Zacharias: for thy prayer is heard; and thy wife Elisabeth shall bear thee a son, and thou shalt call his name John.”

Zacharias, the father of John the Baptizer, was serving in the Temple and Gabriel the angel appeared to share with him that he would have a son and was told to call his name John. No doubt he and his wife Elizabeth had prayed many years for a child to no avail. At their age now it seemed all hope was lost, and their prayers would fall on deaf ears. How easily unanswered prayers cause us to fear God cares not for our situation. The devil would like for us to buy that fear but we must always remember God hears us always and though the response may seem delayed or not what we would desire, God hears us, and He will respond in His time and in His way. Do not fear.

The second fear comes from Luke 1:30, “And the angel said unto her, Fear not, Mary: for thou hast found favour with God.”

Mary was visited by Gabriel as well and his message that she would become pregnant and give birth to the Savior was obviously more than anyone could comprehend. The fear she faced was God’s ability to do the impossible. She responded by welcoming the challenge and proclaimed she was the handmaid of the Lord and submitted to His will. Many times, we doubt God will do great things in our lives. Don’t let fear keep you from trusting in the omnipotence of God.

The third fear w find in Matthew 1:20, “But while he thought on these things, behold, the angel of the Lord appeared unto him in a dream, saying, Joseph, thou son of David, fear not to take unto thee Mary thy wife: for that which is conceived in her is of the Holy Ghost.”

Joseph also visited by an angel was told to not be afraid to take Mary as his wife. That even though she was pregnant she had not been unfaithful, and this was a miracle from God. Joseph had to process the situation and upon hearing the words for Gabriel he was able to cast his fear to the side and take Mary. We face the same fear of following God when the path doesn’t seem to make sense. God will often lead us to do things that seem unusual or out of our comfort zone. His desire is not to confuse us but rather to encourage us to trust Him in our times of uncertainty. May we follow God as Joseph did even when it seems unusual.

The fourth fear in Luke 2:10-11, “And the angel said unto them, Fear not: for, behold, I bring you good tidings of great joy, which shall be to all people. For unto you is born this day in the city of David a Saviour, which is Christ the Lord.”

With the state of the world today it is natural for Christians to be fearful of the future. Our minds are flooded with questions regarding our leadership for the country, education for our children and security for our families. Just watching the local news can strike fear in our hearts about the years ahead. The angels came to the common shepherds intentionally to share the good news of hope. They wanted even the lowest to know that God sees them and knows their struggles. He loves them and even though they feel helpless He is there to fight for them. Jesus is our champion! Never fear because Jesus is always near!

With all the chaos and uncertainty we face during the holidays never loose sight that Jesus is alive. He was born so that He could live a perfect life and become the propitiation for our sins. He lives so that we also may live. His perfect love can and will cast out all fear if we will trust in Him.